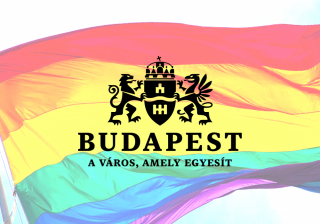 The Equal Treatment Authority imposed a 3,000 EUR fine on the Mayor’s Office of Budapest for blocking access to LGBTQI websites from its local network. The Authority found that this conduct harmed not only the organizations whose websites had been blocked, but also the whole LGBTQI community.

Háttér Society, Labrisz Lesbian Association, and Rainbow Mission Foundation, the organizer of Budapest Pride turned to the Equal Treatment Authority in March after media reported that Budapest Mayor’s Office blocks access to LGBTQI websites from its local network, meaning that neither the staff of the Office, nor local council members can access such pages.

During the procedure the Mayor’s Office made conflicting statements about how blocking works, and tried to shift the liability on the manufacturer and distributor of the firewall hardware responsible for web filtering. The main argument of the Office, however, was that staff do not need access to these websites for their work. This argument, however, fell apart when it became clear from a document submitted by the Office that several types of websites such as entertainment videos and internet auctions were not blocked. Furthermore, staff at the Office do need access to publication and press materials from the organizations of discriminated groups to achieve their commitment to equal opportunities. This was supported by the fact that the website of other vulnerable groups, such as Roma, women and people living with disabilities were available from the network, the Mayor’s Office was only blocking LGBTQI-themed websites, including the websites of LGBTQI rights organizations. Based on this, the Equal Treatment Authority found that the conduct of the Mayor’s Office amounted to discrimination based on sexual orientation and gender identity.

The Authority, however, went further and pointed out that the conduct also caused harm to the entire LGBTQI community: it limited the possibility to have their interests represented, as well as humiliated them. In the words of the Authority: “Based on the categories blocked it can be ascertained that gay, lesbian and bisexual content was treated similarly to harmful, deviant, even illegal content that is clearly not suitable for work. (...) The conduct of the local government of the country’s capital to block gay, lesbian and bisexual content in the same way as they do with deviant topics condones and strengthens existing social prejudices.”

Due to the severity of the incident the Authority imposed multiple sanctions: it ordered the Mayor’s Office to discontinue its unlawful practice, forbade such a conduct in the future, imposed a one-million forint (appr. 3,000 EUR) fine, and ordered its decision to be published on its own website, as well as the opening page of the city’s website. The decision cannot be appealed, but a judicial review may be requested by the Mayor’s Office within 30 days.

The Equal Treatment Act was adopted in Hungary in 2003, explicitly banning discrimination based on sexual orientation and gender identity in most spheres of life including employment, education, housing, healthcare, social benefits and access to goods and service. The state, public institutions and local governments have to abide by the principle of equal treatment in all aspects of their work. In recent years the law has been increased used to target discriminatory conduct of public institutions such as ministries, universities and local governments.

The Mayor of Budapest, István Tarlós is a renowned homophobe: while being the Mayor of District III he tried to ban LGBTQI events at the popular Island Festival in 2001. After becoming the Mayor for the whole of Budapest in 2010, he talked about how “unnatural and repulsive” he finds Pride events. With regards to the Europride that took place in Budapest in 2012 he emphasized that he “distances himself from such an event and this lifestyle, both as  a mayor and as a private person.”