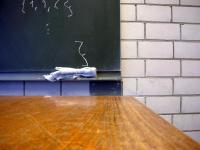 The Equal Treatment Authority found the Kispest Waldorf School liable for unlawful discrimination by rejecting the application of a boy after his mother told the school he was raised by two women. The Authority ordered its decision to be made public and issued a 50.000 HUF fine.

The case started in the summer of 2013 when the mothers of the 13-year old boy decided to find a new school for their son. The boy’s interview with the future form master went fine, and a trial-week was agreed on. At the end of the interview, the mother told the teacher that she was raising the child together with her same-sex registered partner. The teacher did not react in person, but the next they she wrote an email stating that “due to their family status” the child could not be admitted to her class. The mother turned to the leadership of the school who confirmed that the teacher’s decision is final, so she decided to start legal action against the school.

The family turned to the Equal Treatment Authority with the help of Háttér Society. The school argued in the procedure that there had been a misunderstanding, it was not the interest of other children in the class, but rather the interest of the rejected boy they based their decision on: they only wanted to prevent the bullying of the child. The Authority fully rejected argumentation of the school, and stated that: “Being admitted to a community of students cannot be rejected by arguing that since the child lives in a family different from the majority, the community would not accept him, and the teacher would not be able to handle the conflict. It should be one of the aims of schools to teach children tolerance towards each other (...). The school’s behavior ran against acceptance and inclusion, and the inability of a teacher to handle such a conflict cannot serve as an excuse.”

The school’s behavior surprised many since the independent Waldorf educational network (32 schools and 46 kindergartens) is perceived to be a bastion of liberal education in Hungary. The Hungarian Waldorf Association refused to comment on the incident.

“This case is an important precedent that draws attention to a systematic problem” - said Tamás Dombos, board member of Háttér Society. “While politicians debate whether it is good or bad for kids to be raised by same-sex parents, these families have already become part of our social reality. Educational and healthcare institutions, however, are not prepared to deal with such families. It would be important to create a clear legal situation and acknowledge the diversity of family forms.”

The school has 30 days to ask for a court review of the decision, but it told the media that even though they did not agree with some parts of the decision they would not appeal it.