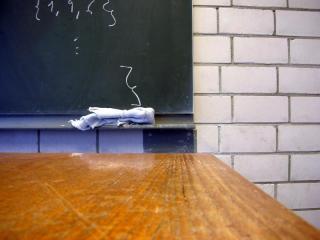 In its binding decision the Metropolitan Court of Budapest ordered the Kispesti Waldorf School to pay 350,000 forints (c. €1,100) and its interests for having rejected the application of a student in 2013 after his mother told the school that the child was raised by two mothers. The plaintiff was represented by Háttér Society.

The case started in the summer of 2013 when the mothers of the 13-year old boy decided to find a new school for their son. The boy’s interview with the future form master went fine, and a trial-week was agreed on. At the end of the interview, the mother told the teacher that she was raising the child together with her same-sex registered partner. The teacher did not react in person, but the next they she wrote an email stating that “due to their family status” the child could not be admitted to her class. In 2014, the Equal Treatment Authority already decided in favor of the family, and imposed a 50.000 forint (c. €600) fine on the school. However, due to the humiliatingly low fine, the mother decided to also ask for compensation from the school.

The Metropolitan Court of Budapest shared the factual assessment of the case by the Equal Treatment Authority, and declared that the child’s admittance to the school was rejected due to his mother’s sexual orientation. In response to the school’s argument that the rejection was in line with the interest of the child, the court made the principled statement that “(a)ny educational institution and their teachers are expected (...) to use the necessary pedagogical tools to prevent the bullying of students who differ from their classmates in whatever aspect. Students with such characteristics diverging from the majority cannot suffer disadvantage because an educational institution or a form master is not willing to, or is not able to take into consideration their special needs and facilitate their integration to the community of students.” The court awarded the mother 350,000 forints (c. €1,100) in non-pecuniary damages, and ordered the school to cover the interests and legal fees.

“On the one hand we are happy with the court’s decision that discrimination of a child on the ground of their parents’ sexual orientation is unacceptable” - said Tamás Dombos, board member of Háttér Society. “But it is is unfortunate that one has to litigate in court for the schools to recognize this.”

Following the case the Rainbow Families Foundation and the Hungarian LGBT Alliance, the national umbrella organization turned to the Hungarian Waldorf Association, the Klebelsberg School Maintenance Center and the Ministry of Human Resources responsible for education to request steps to be taken to prevent similar cases. No response was provided. “It seems like litigation is the only way to call the decision makers’ attention to the fact that more and more same-sex couples raise children, they have become part of our social reality. It would be important to create a clear legal situation and acknowledge the diversity of family forms” - adds Csilla Faix-Prukner, board member for the Rainbow Families Foundation.