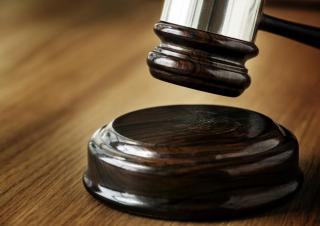 Miskolc Regional Court requested the constitutional review of Article 33, the law adopted in May this year that bans legal gender recognition in Hungary. The Constitutional Court has 90 days to rule on the matter.

In March this year, at the height of the first wave of the coronavirus pandemic, a few days after the declaration of the state of emergency, Deputy Prime Minister Zsolt Semjén submitted an omnibus bill to Parliament. Its Section 33 proposed the abolition of legal gender recognition in Hungary. The law forces trans and intersex people to use documents that do not reflect their gender identity and / or appearance. Despite widespread domestic and international protest, the Parliament passed the bill, so it entered into force on 29 May. The law states that the new rules shall also apply to ongoing proceedings.

Dozens of affected persons, however, did not accept the application of the unconstitutional legislation, and with the help of Háttér Society, challenged the rejection decisions via judicial reviews. The petitioners claim that the adopted legislation violated the right to human dignity and private life guaranteed by the Fundamental Law of Hungary (the country’s constitution). Furthermore, the Constitutional Court had already established that transgender people have an inalienable right to change their name and gender in their official documents. The petitioners also pointed out that the European Court of Human Rights has a consistent case-law that guarantees this right to trans people, hence the adopted legislation is also in conflict with international treaties to which Hungary is a party. The petitioners argued that the provision prescribing the application of the new rules also for ongoing proceedings takes away an acquired right and constitutes impermissible retroactive legislation. Section 33 is particularly abusive in light of the fact that many trans people had submitted their application years ago.

The current legal case is not the first legal challenge against the constitutionality of the law. Several constitutional complaints have been submitted directly to the Constitutional Court by trans people with support from Transvanilla Transgender Association. Those cases are pending at the Court. The novelty of the current decision is that the Fundamental Law requires the Constitutional Court to decide in cases submitted by a proceeding judge in an extraordinary procedure within 90 days after receiving the application.

The adoption of the ban on legal gender recognition is not the only restrictive step the Government has taken this year. In fact, the governing parties launched a crusade against LGBTQI people in the country. Proposals have been introduced in Parliament earlier this month that would include transphobic language in the text of the Fundamental Law, abolish the Equal Treatment Authority, the country’s most important equality body and restrict adoption - as a general rule - to married heterosexual couples.