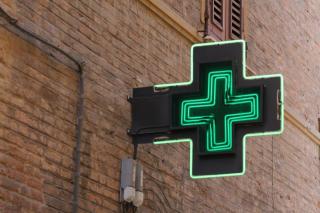 In its recent decision on appeal the Hungarian Office of Health Authorization and Administrative Procedures has ordered the Office of the Chief Medical Officer of State to issue a new pharmacy license to a trans pharmacist that does not contain reference to her birth name and gender. The authority agreed with the applicant that revealing her transgender status in such official documents is a violation of human dignity.

The applicant was born male, completed a degree in pharmaceutical sciences and became a head pharmacist in the Hungarian countryside while still being officially male. In 2011 she changed her gender and started replacing her documents to reflect her new name and gender. While she had no problem obtaining a new diploma, when requesting an amendment to her pharmacy license she met an obstacle. The Office of the Chief Medical Officer of State would only issue a new license that contained both her birth name and her new name and thus the new license would have revealed to everyone that she had undergone gender reassignment.

The applicant turned to the legal aid service of Háttér Support Society for LGBT People who helped her put together an appeal. The appeal argued that forcing a trans person to out herself every time she has to show her pharmacy license was an unacceptable breach of human dignity and privacy, and given the transphobic social attitudes in Hungary it would expose the applicant to higher level of discrimination. In the appeal procedure the Hungarian Office of Health Authorization and Administrative Procedures shared the applicants concerns that the amended license containing both her birth name and her new name was a breach of human dignity and ordered the Office of the Chief Medical Officer of State to issue a new pharmacy license that does not contain reference to the applicant’s birth name.