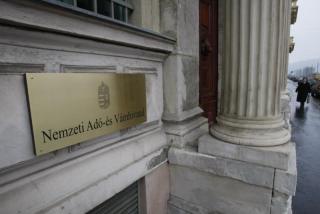 Following a report by the Commissioner for Fundamental Rights the National Tax and Customs Administration announced to revise its earlier policy discriminating against same-sex registered partners in matters of inheritance and personal income tax. The Commissioner launched his investigation following a petition by Háttér Society that received several related complaints.

Registered partnership, a family law institution for same-sex couples similar to marriage was introduced in Hungary in 2009. The law stipulates that besides the few exceptions explicitly mentioned in the Registered Partnership Act, all legal provisions that apply to spouses shall also apply to registered partners. Exceptions relate to taking the partner’s name and parenting, thus do not cover taxation issues.

As opposed to the clear legislation, two surviving registered partners approached the legal aid service of Háttér Society in 2015 complaining that they were ordered to pay inheritance tax, even though spouses have full inheritance tax exemption. Following the intervention of Háttér Society the tax authority revoked both decisions and returned the already paid inheritance tax. The two very similar cases, however, made it likely that the tax authority was systematically disregarding the existing legislation, so Háttér Society requested the National Tax and Customs Administration (NTCA) to reopen all inheritence tax files of registered partners in order to make sure the legislation was applied properly.

Rather than reviewing their prior practice, the NTCA responded that it consulted with the Ministry of National Economy and arrived to the conclusion that the general reference rule in the Registered Partnership Act does not apply to tax laws. The authority reasoned that all tax related provisions have to be contained in targeted tax legislation, and thus the RPA cannot have an impact on tax benefits. In a later letter the NCTA similarly argued that the newly introduced newly weds income tax benefit also does not apply to registered partners.

Háttér Society turned to the Commissioner for Fundamental Rights claiming that the legal interpretation of the tax authority amounts to discrimination on the ground of sexual orientation, as same-sex registered partners are treated differently from different-sex spouses. They also argued that tax legislation cannot be hermetically separated from other fields of law, as many concepts used in tax legislation are defined elsewhere, thus the notion of spouse should be interpreted in line with the general reference rule contained in the Registered Partnership Act.

In a report published in December 2016, the Commissioner agreed with the reasoning of Háttér, and declared that the practice of the NTCA runs contrary to existing legislation, disrupts the rule of law and discriminates on the ground of sexual orientation. The Commissioner requested the NCTA to revise its policies and pay back any taxes unlawfully levied. The Commissioner’s report also noted that two ministries (the Ministry of Justice and the Ministry of Human Resources) also disagreed with the discriminatory interpretation of the law by the NCTA.

In a public statement issued on January 25, 2017 the NCTA announced that they accept the report of the ombudsman, will update their information materials, issue a circular among their staff on the correct interpretation of the law, and will pay back any unlawfully levied tax with interests.

“It is very sad that 8 years after its adoption, there are still many authorities that fail to correctly apply the legislation on registered partnership“ - says Tamás Dombos, board member of Háttér Society. “We hope that the media attention around this case will make the leaders of public authorities realize that it is their responsibility to make sure their staff know the legislation they are supposed to apply.”