Instead of controlling the pandemic, Hungarian government launches crusade against LGBTQI people 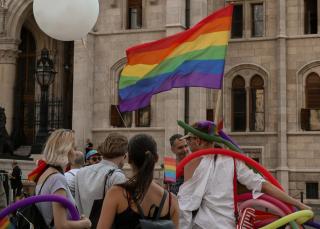 Tuesday was an eventful day at Parliament. The Judicial Committee of the Parliament initiated the  abolishment of the Equal Treatment Authority (ETA), Hungary's most important equality body set up in 2005. The ETA has a broad mandate to investigate cases of discrimination on grounds of sex, race/ethnicity, religion, age, disability, sexual orientation and gender identity. In recent years the ETA was one of the last public bodies standing up for the rights of LGBTQI people in Hungary: they have delivered several decisions finding discrimination based on sexual orientation and gender identity by public bodies, and in April 2020 they criticized the Government's plan to ban legal gender recognition.

According to the proposal, the tasks of the Equal Treatment Authority will be taken over by the Commissioner for Fundamental Rights. Since September 2019, this position has been held by Ákos Kozma, former professor of Pázmány Catholic University, a loyal supporter of the government. As opposed to his predecessor, the new Commissioner has not commemorated the International Day Against Homophobia and Transphobia in May 2020, and has not responded to official petitions submitted by LGBTQI organizations concerning the ban of legal gender recognition, growing homophobic hate speech by government officials and restricting LGBTQI freedom of expression.

On the very same day, dr. Judit Varga, Minister of Justice, also submitted to Parliament amendments to the Fundamental Law (the constitution), the Civil Code and the Child Protection Act, which would further increase the stigmatization and disenfranchisement of LGBTQI people.

According to one of the submitted proposals, the following provision would be added to the Fundamental Law: "The mother is a woman, the father is a man." Article L) of the Fundamental Law has already restricted the rights of sexual minorities: contrary to international and European human rights principles, it only recognizes families based on marriage, while explicitly excluding same-sex couples from the institution of marriage.

The purpose of the obtuse wording can only be understood in the light of another bill from the Minister of Justice submitted the same day. In early October, the government had already made it significantly more difficult for single persons  and people living outside of marriage with their same-sex or different-sex partnerto adopt a child: it can only take place if no married couple in the country is willing to adopt that child. However, this must have been insufficient in preventing same-sex couples from adopting. The now submitted bill states that only married couples can adopt, and only Katalin Novák, the minister responsible for family policy, could personally grant exemption.

While more and more countries around the world legalize same-sex marriage and recognize that same-sex couples can be just as good parents of a child, the Hungarian government seems to be unaware that hundreds of same-sex couples already provide a loving, safe environment for their children in Hungary. Further restricting the possibility of adoption to married couples reduces the number of potential adopters, thus preventing children left without parents from finding a family. If the bill is passed, children awaiting adoption rejected by married couples will be adopted abroad rather than finding unmarried parents in Hungary.

Another amendment to the Fundamental Law would further increase the stigmatization of trans people and make school LGBTQI sensitization programs impossible. According to the proposal the following text will be entrenched in the Fundamental Law: "Hungary protects children's right to their identity in line with their birth sex, and their right to education according to our country's constitutional identity and system of values based on Christian culture." In the Spring, the National Assembly passed a law banning the legal gender recognition of trans and intersex people, forcing them to live their daily lives with documents that do not match their identity and/or appearance, and now the  condemnation of trans identities will be included in the Fundamental Law. The proposal also forces parents and educational institutions to educate children in a Christian-conservative spirit, which, according to government politicians, does not include acceptance and compassion towards LGBTQI people.

The timing is no accident: the proposals that are severely restrictive, contrary to international and European human rights principles, were tabled in the hours following the parliamentary confirmation of the state of emergency due to COVID, at a time when citizens have no legal means, such as demonstrations, to express their disagreement. The pattern is familiar, as the government did the same in Spring. At the height of the first wave of the epidemic, the most important priority of the government was to deprive trans and intersex people of their rights. Now they do the same with rainbow families. The goal is clear: people should not focus on the shortcomings of the government’s crisis management, but the restrictive proposals pulled out of a desk drawer.

We reject the government using LGBTQI people as political toys!