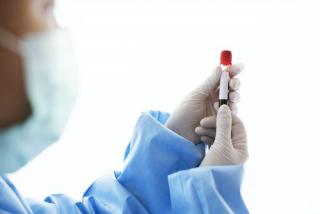 The Hungarian National Blood Transfusion Service has published that as of January 1, 2020, men who have sex with men (MSM) are allowed to donate blood, unless their sexual behavior is otherwise risky. The new regulation puts an end to decades of discrimination against gay and bisexual men.

“All discrimination based on the gender of the participants in the assessment of sexual relationships that are risky for transmission is eliminated,” reads a statement published on the website of the Hungarian National Blood Transfusion Service in mid-April, outlining the main changes to their internal regulation that came into force on January 1, 2020. This means that as of now, both gay and bisexual men may donate blood if their sexual behavior is not otherwise considered risky.

The exclusion of MSM has previously been attributed to a higher risk of HIV infection. Hungary was one of the first countries in the world to introduce blood screening for HIV in 1986. However, HIV tests cannot detect an HIV infection immediately, they show the serostatus of  the person 2-6 weeks prior to testing depending on the type of of test used. This is called the ‘window period’, during which a person can have HIV and transmit it, but still produce a negative HIV-test. In order to prevent a blood donor from infecting others, individuals with risky sexual behavior were excluded from donating blood for a longer or shorter period of time.

Until the introduction of the new regulation, the Hungarian National Blood Transfusion Service applied the strictest, lifelong exclusion to MSM. This exclusion was completely unjustified, given the limited length of the window period. Furthermore, the exclusion disregarded the fact that that not all sexual relations between men have a higher risk of HIV transmission. A gay couple in a monogamous relationship, especially if they protect themselves  against HIV by condoms or PrEP, is not more at risk than a heterosexual couple. The risk of transmission of non-penetrative sexual encounters between men is much lower than that of a heterosexual contact involving vaginal penetration.

Hence, Háttér Society has been fighting for years to stop the stigmatization and complete exclusion of a group of people (MSM) from blood donation, and to ensure that only those are excluded for the duration of the window period who do engage in risky sexual behavior. Our legal aid service has  been contacted by several men who had previously been regular blood donors, but in recent years they have been turned away from donating, even though they have not engaged in risky sexual behavior. As they indicated on the paperwork filled out prior to blood donation that they had engaged in sexual relations with men, they were banned from donation for life. We approached the Hungarian National Blood Transfusion Service several times, lastly in September 2018, and requested they justify the need to exclude MSM from blood donation for life. Their reply, months delayed, was unsatisfactory and without substance, but a few months later the updated version of their internal regulation entered into force.

In recent years, the exclusion of MSM from blood donation has been eased or lifted in many countries around the world. In 2015, the European Court of Justice ruled in a French case that the lifelong exclusion of MSM is only legal if the safety of blood products cannot be ensured by less onerous methods. Since such methods exist (screening for sexual behaviors that pose an actual risk, quarantining blood taken for the duration of the window period, exclusion from blood donation for the duration of the window period), lifelong exclusion is not legal.

The change in Hungarian regulations does not mean that men who have sex with men can now donate blood without restriction. They remain excluded if their sexual behavior carries risks that would also pose a risk in the case of heterosexual sexual intercourse (such as casual sexual intercourse, frequent change of partners, prostitution).