Social acceptance of LGBTQI people at historic peak in Hungary 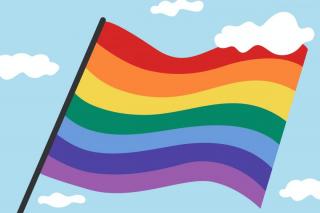 Most Hungarians support that young people hear about sexual and gender minorities, and don’t want the government to decide what sex education covers - according to a representative poll commissioned by Amnesty International Hungary and Háttér Society and conducted by polling agency Medián.

The research found that 46% of the respondents personally know people in the LGBTQI community, and 73% reject the government’s false claim that gay and lesbian people abuse or harm children. In May 2020, as the first of several leglislative act curtailing the rights of LGBTQI, the Parliament banned legal gender recognition for trans and intersex people. The survey showed that this is clearly against the will of Hungarian: the survey found that the a clear majority of the Hungarian society (74,5%) believe that transgender people should be able to change their gender and name in their official documents. Marriage equality is supported by 59%, while 69% of respondents say same-sex couples can also be good parents. Two years ago, in 2019, same-sex marriage was supported by only 33%.

“Our research confirmed that Hungarian society is much more accepting than the government. The deceiving, hateful policies do not have social support, which is why it is important for everyone to stand up for LGBTQI people and not give in to hatred” - said Luca Dudits, executive board member of Háttér Society.

The survey included several questions on the topic of school education as this is one of the most heated debates currently. The government propaganda is not in line with social attitudes on this question either. 66% say it is right for young people to hear about sexual minorities as part of the school curriculum, and 82% say the young person’s age and level of maturity should decide when and how they hear about the topic. It is also clear that the overwhelming majority of society, 83%, does not believe the absurd claim that someone could become gay from hearing about the subject at school.

It also turns out that 90% of Hungarians say that age-appropriate sex education should be provided in schools, and that it is not the government, but parents and teachers who should decide what is taught on this topic (86% agreed with this statement). There is no social support for the government’s newest measure that enables that state to decide which experts and organizations can provide training on, for example, school bullying and abuse; 85% of respondents said teachers should be free to decide who they want in their classroom to assist in these subjects.

“It’s clearer than day that the majority doesn’t want the state to decide on school sex education or whether their child hears about sexual and gender minorities. People think that these topics are important for young people to hear about, and they trust teachers and their decisions. The position of the majority is therefore clear: they do not want the unconstitutional homophobic and transphobic law” - said Dávid Vig, director of Amnesty International Hungary.

The cited opinion poll was conducted by the Median Institute of Opinion and Market Research on behalf of Amnesty International Hungary and Háttér Society between 13 and 19 July 2021, with a telephone survey of a nationally representative sample of 1,000 people. Source of data on same-sex marriage acceptance in 2019: Special Eurobarometer 493.