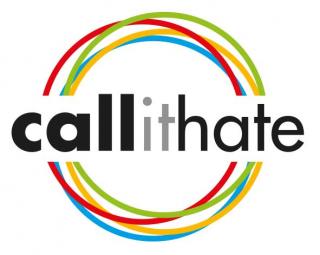 The project “Call It Hate: Raising Awareness of Anti-LGBT Hate Crime - CIH”  lasted for 24 months (from January 2018 to December 2019). Its aim was to raise awareness of anti-LGBT hate crime among the general public and within the LGBT communities, emphasize the need to report, and empower victims. As such, the project addressed a common need within the European Union to inform and empower targeted communities and prevent secondary victimisation of victims of homophobic and transphobic hate crimes. Specific objectives of the project were designed to directly deliver against the above-evidenced needs and seek to:

Core activities of the project included:

The project was be implemented in 10 European countries by a consortium of almost 50 partner organizations. Visit the project's website.

The implementation of the project was co-funded by the Rights, Equality and Citizenship Programme (2014-2020) of the European Commission (grant agreement JUST-REC-DISC-AG-2016-04-764731).