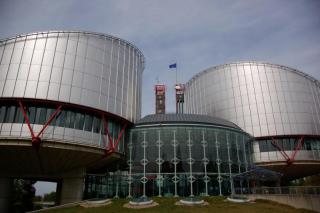 The case began five years ago. During the summer of 2015, a transgender man arrived to Hungary from Iran and submitted a request for asylum. The Hungarian authorities accepted that he had been persecuted in his home country due to being transgender, and therefore recognized him as a refugee. His identity documents however still referred to him as a woman, and he therefore requested that the documents are amended to reflect his gender identity. The competent authority denied his request, stating that Hungary has no jurisdiction in his case, and that he should submit the request in Iran, from where he had to flee due to persecution on the basis of his gender identity.

With the help of Háttér Society, the man unsuccessfully sought the judicial review of the authority’s decision. On the basis of his constitutional complaint, the Constitutional Court ruled in 2018 that there was an unconstitutional omission because the law did not provide for legal gender recognition and related name change for trans people legally residing in Hungary permanently. The Constitutional Court gave a deadline of December 31, 2018 for the legislator to adopt a new legislation, but the government did not make the necessary steps. Moreover, in May 2020, the Hungarian Parliament adopted a law (Article 33 of the administrative omnibus bill) that made legal gender recognition impossible for all transgender and intersex people, regardless of their citizenship.

Parallel with the procedure at the Constitutional Court, with the help of the Legal Aid Service of Háttér Society, the Iranian man applied to the European Court of Human Rights (ECtHR). The ECtHR has ruled today unanimously that the Hungarian authorities’ refusal to grant him legal gender recognition violates Article 8 of the European Convention on Human Rights that states that everyone has the right to respect for his private and family life. The Court thus decided that his legal gender recognition should have been considered in light of the rules applicable to Hungarian citizens at the time. The state failed to balance the competing rights and interests adequately and did not take into consideration his specific circumstances.  The Court has also awarded EUR 6,500 compensation for the applicant’s non-pecuniary damages, and EUR 1,500 for the legal costs and expenses incurred before the Court.

The ruling has a significance going beyond the particularities of the case. While the ECtHR could not yet take a stance in regards to the infamous Article 33 that entered into force only 6 weeks ago, the assessment of the Court foresees that the ECtHR will find Article 33 also in violation of Article 8 of the Convention, as legal gender recognition is essential for the respect of the right to privacy, dignity and autonomy.

“The argumentation of the Hungarian authorities was  extremely cynical. On one hand, they recognized that the man’s life was in danger, and thus granted him asylum. On the other hand, they would have sent him right back to the country where he had been persecuted to change his documentation,” commented on the case Tamás Dombos from Háttér Society’s Legal Aid Service. “It is even more cynical that instead of following the ruling of Constitutional Court and allowing legal gender recognition for refugees, the government decided to make the lives of all transgender persons residing in Hungary more difficult by doing away with the system of legal gender recognition that has worked smoothly for the most part of the last  20 years.”

Today’s ruling is not the only pending Hungarian case about trans rights at the ECtHR. Represented by Transvanilla Transgender Association, 23 applicants submitted applications to  the Court in 2017 and 2019,  whose requests for legal gender recognition had not been processed, in spite of a then still existing legal procedure. Háttér Society is currently in contact with more than 40 persons who are ready to turn to international legal fora to challenge Article 33. Háttér Society is currently exhausting domestic legal remedies against decisions by public bodies rejecting legal gender recognition requests on the ground of Article 33. These cases are likely to succeed in Strasbourg since the ECtHR has a consistent case law on this matter, and Article 33 has been strongly condemned by international bodies such as the UN Independent Expert on protection against violence and discrimination based on sexual orientation and gender identity; the Special Rapporteur on the right of everyone to the enjoyment of the highest attainable standard of physical and mental health; the Special Rapporteur on the right to privacy and the Special Rapporteur on violence against women, its causes and consequences, the UN High Commissioner for Human Rights, the European Parliament and the Council of Europe's Commissioner for Human Rights.