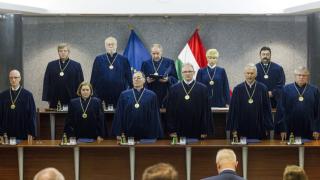 The Hungarian Constitutional Court annulled the provision of the Registry Procedure Act introduced by Section 33 which contained that the new rules prohibiting legal gender recognition shall also be applied to ongoing proceedings.

Last March, at the height of the first wave of the coronavirus pandemic, a few days after the declaration of the state of emergency, Deputy Prime Minister Zsolt Semjén submitted an omnibus bill to Parliament. Its Section 33 proposed the abolition of legal gender recognition in Hungary. The law forces trans and intersex people to use documents that do not reflect their gender identity and / or appearance. In addition, Section 33 included a provision amending the Registry Procedure Act to apply the new rules to ongoing proceedings as well, which is particularly problematic in view of the fact that many trans people have been waiting for years to have their legal gender recognition requests processed.

Following the entry into force of Section 33, these previous requests were rejected  by the authorities citing the new legislation. However, with the help of Háttér Society and the Hungarian Helsinki Committee dozens of trans people challenged the rejection decisions via judicial review. In December, the Miskolc Court of Appeal requested the Constitutional Court to declare the provision prescribing the application of the new law to ongoing proceedings unconstitutional.

In its decision published today, the Constitutional Court agreed sided with the applicant and Miskolc Court of Appeal and annulled the relevant provision of Section 33. According to the Court, “within the scope of the state’s obligation to protect institutions, it may not create a procedural framework that restricts a right guaranteed in the Fundamental Law in an unconstitutional manner”. The Court specifically highlight its 2018 decision which declared that having the possibility to change ones gender and name is an unrestrictable fundamental right for transgender people.