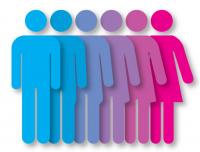 The Equal Treatment Authority found discrimination based on gender identity for the first time in a case concerning an employer’s rejection of a transgender job applicant. The complainant was represented by Háttér Society.

The transgender complainant from a small village in Western Hungary has been living as a woman for six years. She dresses and behaves accordingly, but has not yet applied for legal gender recognition. She went for a job interview at a clothing store in a nearby city. However, when the sales manager saw her credentials bearing a male name, she told her that they were seeking a female shop assistant, and then laughed at the applicant when she reaffirmed she was a woman.

Transgender people face serious disadvantage at the labor market: a recent research report by Háttér Society shows that 72 per cent of transgender respondents had been unemployed for more than 3 months; 40 per cent had been dismissed from work because of their trans status and 80 per cent had changed jobs because of transphobic attitudes at their workplace. Only slightly more than one third (36%) of the firms participating in the research had in force equal opportunity plans or antidiscrimination measures listing gender identity among grounds of discrimination.